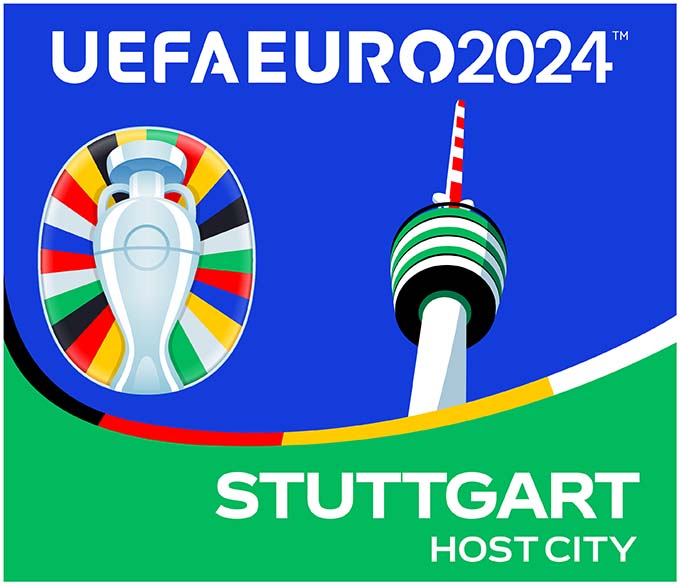 Stuttgart is the state capital of Baden-Württemberg and the center of a metropolitan region in which 2.5 million people live. It is considered a vibrant economic metropolis and has a global reputation as the cradle of the automobile. The topography is unique: the city center lies in a valley basin surrounded by green hills and vineyards spreading from the Neckar valley to the city center. The Schlossplatz, the heart of the city and a popular meeting place for residents and guests from all over the world, is framed by some of Stuttgart’s main attractions: the New and Old Palace, the Art Museum, the Königsbau, the Kunstgebäude and the Opera House in the Palace Garden. The Stuttgart State Theaters, the John Cranko Ballet School and the many museums and galleries enjoy international renown.

Stuttgart Arena has played host to a wide variety of national and international sporting highlights. It was home to Germany’s first international match after the Second World War against Switzerland, with an estimated gate of over 100,000, as well as the FIFA World Cups in 1974 and 2006, the UEFA Champions League final in 1988 between PSV Eindhoven and Benfica, and UEFA EURO 1988 – to name just some examples. For decades, fans and athletes alike have highlighted just how special the atmosphere is in what is the fourth-largest stadium in Germany, with the panache of the city of Stuttgart, nestled between the vineyards in the Neckar basin, adding to the ambience of the Arena. It has become a veritable landmark of the city and one that draws people in from far and wide. For years now, it’s had one of the highest capacities of any German football stadium, as well as carving out a reputation as an excellent business and communications hub in one of the strongest economic regions in the world. The arena will be comprehensively modernised for UEFA EURO 2024 enabling the stadium to hold over 60,000 spectators from 2024 onwards as well as housing the most modern
hospitality facilities in Europe.