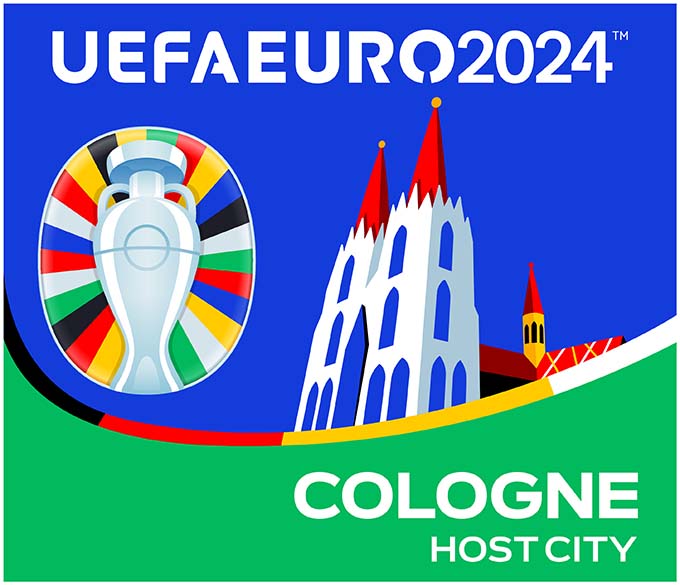 Cologne is the largest city of Germany’s most populous state of North Rhine-Westphalia (NRW) and the fourth-most populous city and one of the oldest in Germany. Tourist attractions and cultural events play a major role in this vibrant metropolis. The city on the Rhine has plenty to offer in this regard. Everybody is probably familiar with Cologne Cathedral, which is always worth a visit. Cologne and its people also stand for their famous hospitality and a special attitude towards life that guests can experience not only during the famous Carnival, but throughout the year.

Cologne Stadium is located in the Müngersdorf area of Cologne. It was built between 2002 to 2004 on the site of the two previous Müngersdorfer stadiums. It is the home of the local Bundesliga team 1. FC Köln and hosts the DFB women´s cup final every year. The stadium was one of five stadiums hosting both the 2005 FIFA Confederations Cup as well as the 2006 FIFA World Cup. In 2020 it was also chosen as venue for the UEFA Europa League Final. With multifunctional modern rooms, a unique atmosphere and plenty of space, Cologne Stadium is a favourite event location. Beside big sports events and concerts it is frequently used for conferences, trades, graduations and stadium tours. Known for it‘s rectangular form, Cologne Stadium is a classic football stadium, where spectators are sitting right at the edge of the pitch. With it‘s modern construction of concrete and steel, the stadium has become one of the symbols of the city. Most recognisable are the four giant corner towers that anchor the stands with a series of steel girders and cables. The towers can be illuminated and are able to pulsate. On Bundesliga matchdays the stadium shines in the city and club’s famous colours red and white.